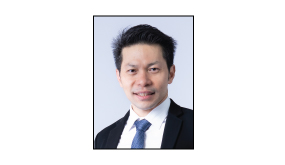 Chatit Huayhongtong is President of Chevron Thailand Exploration and Production, Ltd., a position he assumed in May 2021. As president, he is responsible for upstream operations in Thailand. Chatit will also maintain his current role since 2018 as General Manager, Operations until April 30, 2022.

Over a 19-year career with Chevron, Chatit has held a number of engineering and leadership positions of increasing responsibility around the world, including in the United Kingdom and United States.

Chatit began his career with Chevron in 2002. He received his bachelor’s degree in petroleum engineering from Chulalongkorn University, Bangkok, in 1994 and his master’s degree in business administration from the same university in 2003.