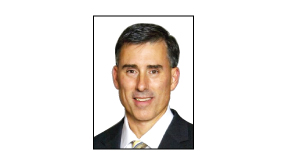 Jeff Lehrmann is the managing director of the Asia South Business Unit, a position he assumed in April 2019. As managing director, he is responsible for upstream operations in four countries: Bangladesh, China, Myanmar and Thailand.

Previously, Jeff served as executive director of Sumatra Operations in Indonesia Business Unit, the position he assumed in 2015. From 2010 to 2015, he served as president of Chevron Canada.

Jeff received his bachelor’s degree in Petroleum Engineering from Texas A&M University in 1986. He joined Chevron in 1986 as a Petroleum Engineer and has held numerous engineering and management positions with increasing responsibility within his Chevron career in the US, Canada, and Indonesia.  He is married. He and his wife Cindy have 4 children, 3 daughters-in-law, and 1 grandchild.